HISTORY OF THE CHRISTMAS CRECHE
One of the most beautiful Christmas traditions is setting up a creche during the Advent season.
We have had this creche since our children were babies. 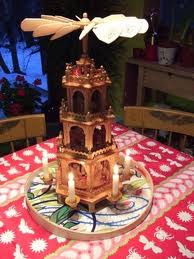 A creche is a model of the scene at the manger on the first Christmas in the stable at Bethlehem. A creche can be a small model, set up in your home or a large scene set up at your church. 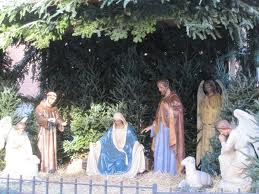 The word creche is from the French word for manger. The French word comes from the Italian word Greccio. Greccio was the town where the first manger scene was set up by St. Francis of Assisi in 1223, some say as an alternative for pilgrims wanting to go to Bethlehem, which was then occupied by the Turks. Before that time, many churches had built nativity scenes, but these early mangers were covered with gold, silver, and jewels. They were much fancier than the original manger in which the Christ child was laid.
St. Francis wanted people to remember that Jesus was born in a humble stable. 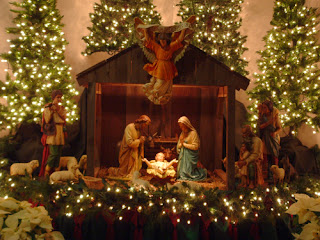 He asked a farmer friend of his to help by bringing an ox, a donkey, a manger and some straw to a nearby cave. On Christmas Eve, St. Francis and the people of Greccio met in this cave. By candlelight, they acted out the story of Jesus’ birth. 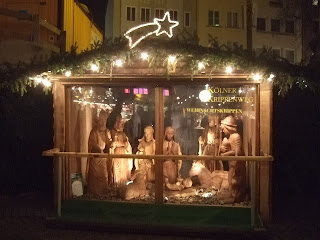 One of the ways you can celebrate the gift of Immanuel is by setting up a creche.
And they will call him Immanuel – which means, God with us. Matthew 1:23